Everything went really well yesterday - still a couple of little things that need to be patched/cleaned up but nothing major and they even managed to get all our appliances installed yesterday so after unloading two cars of stuff we were able to have a nice long hot shower!!

At this point I have thank our SS who really stepped it up a gear after taking over from our previous SS and has done a marvelous job of getting us to this point and we cannot image how it would have finished without him.

We are doing our big move on Saturday but will probably take a few car loads of little things today and tomorrow after work. Also our tilers started this morning and should only take 2-3 days to finish everything so by the end of the weekend we can start unpacking things into the living areas - we will just dump everything into the garage for the meantime. Also we are having to tape garbage bags over the windows in the bedroom as our blinds are not being installed till next Tuesday...but as we dont really have that many neighbours it really isnt that much of an issue.

Once we have the internet connected at our new home I will post some pics (or maybe I will sneak a few into work with me) but I will probably wait until a room is unpacked before taking lots of shots. We still have heaps to do, flooring, fencing, blinds, landscaping....this list never seems to end
Posted by D + S at 8:51 AM 3 comments:

Well we are really close now as today I picked up the cheque from the bank for the final payment and we confirmed with Wisdom that Handover will be at 3:30pm on Wednesday 10th March!!!!

Problem for me is that this is my dear wife's birthday....how am I ever going to be able to top this as a birthday present?!?!?

Many pictures will follow once we move in.
Posted by D + S at 2:59 PM No comments:

Well this morning we met our Supervisor out on site at 7:30am to do our Practical Completion Inspection and we are pleased to say there we did not have too many things that need fixing up - mainly a few paint touchups. They was also a tradie there today going around and making sure all the windows/sliding doors work properly.

The main thing to come out of this is that they should have everything ready for us to have handover sometime next week! All we are waiting on is for our interim occupation certificate to come through so we can send our final invoice off to the bank to release the funds.

As promised the concretors were back yesterday and poured our driveway and alfresco and we love how it has turned out. Like other councils out there ours only allows for plain concrete for the cross-over and our estate only allows plain coloured concrete - so you end up with a top deck looking driveway. 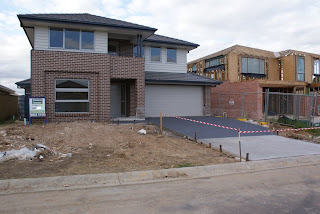 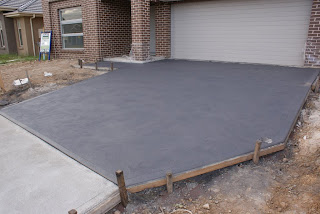 The other thing that arrived today was the motor for the garage door - I wanted to test it out but DW said I have to wait till we move in. 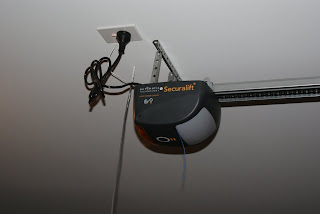 We also noticed that they still haven't installed the rangehood but that is really the only thing that is still remaining to be done prior to PCI next Tuesday and even then we don't mind as long as it is done before handover.

Well the last couple of days have seen lots of work being done at our place with Tuesday seeing the driveway formwork done on along with the cleaners going through the house. Wednesday saw the both the carpet and the kitchen splashback installed! And to top it off - according to our SS the driveway will be poured today (Thursday)!!!!!
We also have a date for our PCI which is next Tuesday 2nd March!!!! We are having Howard (H&K Ryan) come out and do his inspection on the Monday afternoon so we can take his report with us to the PCI with Wisdom - but hopefully there will not be much that needs patching and we can organise a quick handover. At this stage though we are going to be in the hands of the bank as to how quickly they can organise their valuer and release the funds.
It was a little dark when got to the house and so not many of the pictures turned out due to either not enough light or too much light from the flash - we will try and get some more soon.
Kitchen Splashback 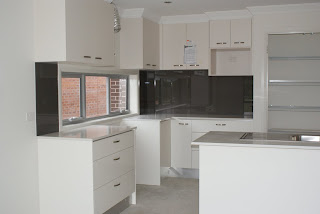 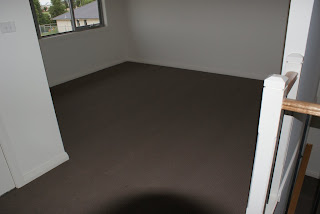 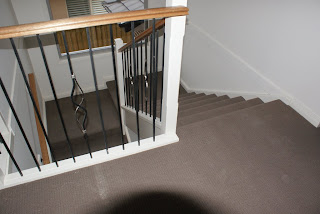 They even carpeted right around underneath the stairs!! Totally Unexpected! 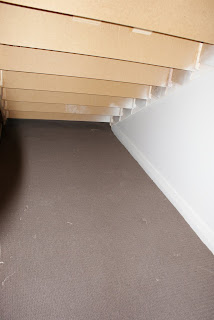 So our list is pretty much done - still a couple of things.
Driveway - booked for TODAY!
Final Clean - sometime before Tues
Main Floor Tiling - after PCI (not being done with builder)
Appliances - after handover
Posted by D + S at 7:13 AM No comments:

We still do not have any idea as to when our PCI will be as we are currently waiting for a date on when our driveway will be done. There is still work going on at the house however and yesterday when we went past they had done all the ducts for the air conditioning, fitted the shower screens and mirrors and they had sanded the floor upstairs ready for laying the carpet. They have also fitted all the shelving in the pantry/linen/bedroom cupboards however I forgot to take pictures of those. 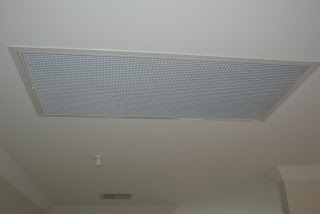 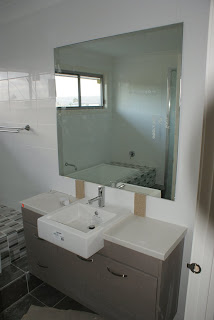 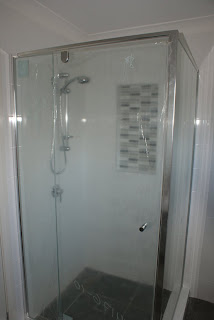 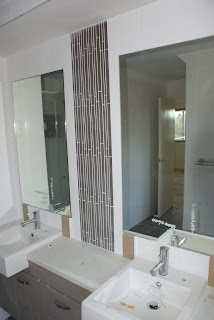 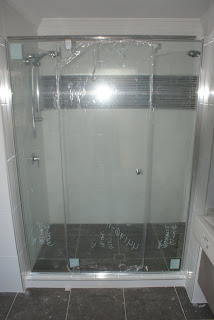 Had a call from our new supervisor this morning asking if we had time to pop out and meet him at the house to go over where we are up to and of course we said yes!!

It was great to see that work was continuing on our place despite the change in supervisors and it looks like there will not be any delays due to anything apart from the weather. That was the one thing F mentioned - they were a little behind in the driveway department due to the constant rain we have been having. However he still felt that we should have it done as planned.

We took some time going around each room and making sure everything was proceeding as planned and he was able to give us a rundown on what was happening over the next week and it looks like we will have one tradie or another on site for the next week or so getting everything finalised. He also said that we should have a date locked in for our PCI sometime next week!!!

My DW is so happy with F as she feels like he has everything under control and that all of her concerns will be answered/dealt with. Whereas with B she was always worried that he would forget about it.

Oh and yes I did manage to get some pics 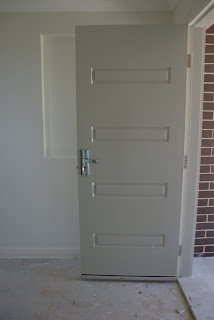 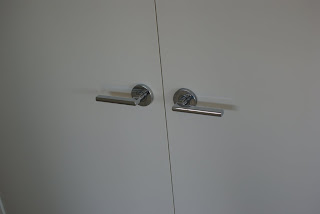 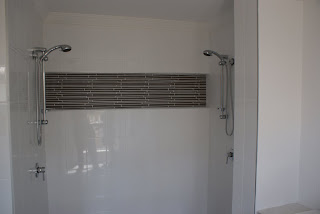 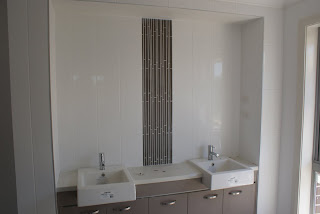 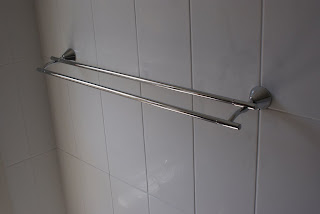 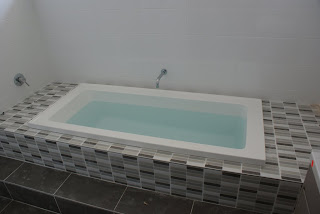 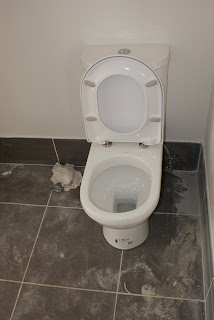 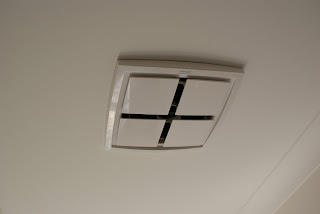 The list of things to do has been updated: